Sure, working at Two Rivers Marketing offers a host of enviable perks. And yeah, an office in Des Moines’ East Village — a hub of “tasteful restaurants, stylish boutiques and quirky businesses,” per The New York Times — is one of them.

But if there’s one potential drawback to our beloved neighborhood (at least for some!), it’s this: You can’t make a coffee run lately without running into a presidential candidate, and it’s tough to find a parking spot with all the news vans.

The road to the White House begins in Iowa, where presidential hopefuls flock every four years to earn our votes in the Iowa caucuses. And every candidate worth their campaign sign shows up in the East Village, upending our lunch breaks with big grins, handshakes and selfies.

If you ever visit our agency — and you should! — here’s how to successfully navigate the neighborhood without getting stampeded by CNN crews.

Do not order a delicious Honeybee at Scenic Route

Scenic Route Bakery is a hub of the East Village, a place to see and be seen for those who work from here to Capitol Hill. Tattooed baristas sling drinks, flakey baked goods and hot sandwiches and soups. It all makes for a go-to cozy lunch spot just blocks from our office. When Hillary Clinton discovered a favorite drink there ahead of 2016 — the Honeybee, an iced cinnamon and honey latte — the candidates kept coming. Both Kirsten Gillibrand and Cory Booker stopped by in recent months. Will a candidate show up there on the day of the caucuses, like Clinton did for her last honey latte years back? Don’t ask us — we’ll be slurping office coffee away from the madness.

Say it ain’t so: Weezer is a seminal rock band we’d never miss in the East Village, especially if the concert is free — unless that concert is part of a rally for a candidate. Yes, Rivers Cuomo and company performed at the nearby Brenton Skating Plaza last November as part of Yangapalooza, an afternoon festival hosted by Andrew Yang. As Weezer rocked out on stage on the wet and frigid afternoon, tech entrepreneur Yang bopped about in a flowing scarf. We, for our part, stayed nice and warm at our desks. Brenton Skating Plaza has played host to other campaigns, too, from Bernie Sanders at a Hanukkah celebration to Olympian Michelle Kwan skating on behalf of Joe Biden.

Just say no to fun at Raygun

Everyone loves Raygun. The sardonic T-shirt shop has grabbed the national spotlight with smirkworthy designs, especially for caucus season. “Hi, do you live here or are you running for president?” reads one shirt. Another: “Iowa 2020: We know they’re pandering to us … & we love it!” Yes, the shirts are fun and super soft and, yes, Raygun has loads of other colorful gifts, but ultimately it’s not worth the risk if you want to avoid Gillibrand as she shops for an “America Needs Love” tee or Chasten Buttigieg — husband of Pete Buttigieg — as he holds a forum at the excellent Mars Coffee Bar next door. And yes, Clinton did it first: Peep her strolling the store in 2016 alongside a shirt that read “America: Hill Yes.”

Don’t drink with senators at the Blazing Saddle

Associates often want to wind down with a drink at the end of the day, and few watering holes near the Two Rivers offices are more iconic than the Blazing Saddle, the city’s oldest gay bar. So imagine plopping down at the bar at 5 p.m. only to see Elizabeth Warren on the stool next to you. Hope you like wonkish policy with your pilsner. The candidate stopped by the bar last fall, a few months after Gillibrand served up drinks behind the bar during Pride Month.

Elizabeth Warren visited The Blazing Saddle before her Des Moines event, per this photo on their Facebook page: pic.twitter.com/5KPu8Vjf6q

It might be tempting to check out Dirt Burger, the buzzed-about vegan burger spot that just opened a bit north of Two Rivers. The Bombay Burger, the Volcano, and Austin BBQ are all delicious, especially paired with a side of Dirt Balls (crispy potatoes with quinoa and dipping sauce). But if you see Rosario Dawson — star of “Sin City,” “Daredevil” and “Men In Black II” — it’s best to go hungry. Her boyfriend, noted vegan Cory Booker, may be slamming down a burger inside. Booker and Dawson visited the spot in November during the former’s campaign.

On second thought, maybe there’s no avoiding the political buzz that is the Iowa Caucuses. While we can guarantee you’ll have a ball shopping, eating and drinking in our neighborhood, we just can’t guarantee you’ll avoid a potential leader of the free world. If you don’t want to embrace this great Iowa tradition, just take your lunch in our breakroom. We have table tennis, pool, and video games there. 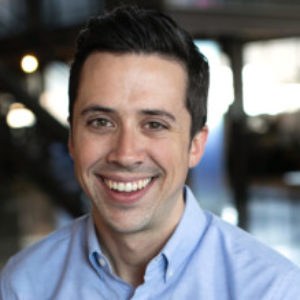 Get to know Josh

As a strategic communications supervisor, Josh delivers words in whatever ways necessary to move readers. When not developing newsletters, mobile-tailored articles or tweets, he's at home trying to play Bob Dylan records without waking his newborn daughter. Reach out to Josh to let him know your favorite Dylan album.