You know how a dog tilts its head when he or she is trying to understand what you’re saying? That was me at 5 p.m. on November 24. I was like a caveman looking at fire for the first time or, as a friend once comically described it, “like a chicken looking at a card trick.”

It was my first day at Two Rivers Marketing, and I sat in my yet-to-be-decorated pod, mouth agape, watching the 5 p.m. exodus to the parking lot. Even stranger to my jaded agency brain: this mass leaving event was encouraged by our bosses.

If you’ve ever worked for a marketing agency, you probably understand why the sight of people leaving work at 5 p.m. stunned me. Let’s just say marketing/advertising agencies, in general, are notorious for the long hours. The prevailing industry myth is that working well after 5 is a sign of dedication, commitment, team playership, a path toward promotion, and insurance against layoff. People who come to Two Rivers from those work environments usually undergo a detox period. It honestly takes some time to get used to being encouraged to leave at a decent hour.

Even though I just started at Two Rivers, this is hardly my first writing rodeo. I’ve gotten paid to write things since 1986, with the last 23 years spent in marketing. I’ve written everything — from newspaper stories to video scripts to web banners, plus five novels and a non-fiction history book. At 54 years old, I refer to myself as the “new old guy” here.

Before I signed on as a full-timer at Two Rivers, I worked for them off and on during my ten-year stint as a self-employed freelance writer. Here’s the rock-bottom reality of self-employment: no work, no pay. That self-employment mentality, plus the fact that we’re an Employee Stock Ownership Plan (ESOP) company, help explain the Two Rivers successful 8-to-5 culture.

Two Rivers is full of friendly people who enjoy each other’s company. We like to get to know each other personally. We exchange pleasantries and chat — but we also know the importance of staying billable, as they say in the biz. It’s simple: put in eight quality hours and go home. If work for clients in our core team is slow, we put out the word, so we can help other teams. It’s a good feeling, knowing that your employer values your time. Every week isn’t going to be a 60-hour work week, which makes it easier when we do put in long hours. We’re an agency after all, which sometimes means rallying with your team and staying late to finish up a project.

An oasis in a desert of burnout

This sharing of resources — which we put a lot of effort behind — also helps us staff work efficiently and let people be productive without burning them out. We also don’t end up with bloated teams that lay around playing Tetris and surfing Facebook all day while others work until 9 p.m.

After just a few months working here, I wasn’t surprised that Two Rivers Marketing recently won Best Local Marketing Agency (for the second year in a row). It just confirmed my suspicions when I took the job: The people at Two Rivers do good work, with coworkers we enjoy, that drives revenue — for both us and our clients — and that makes us like it here. Today I’m no longer shocked by the end-of-day exodus. In fact, I’m right in there with them. It’s a good thing. Everybody should try it.

Now that you know a little about what it’s like to work with us – check out our open positions! We’re currently looking for sharp and talented folks in creative, public relations, account service, and more. If you don’t see something that sounds like you, but think Two Rivers might be the right fit, we still want to hear from you! 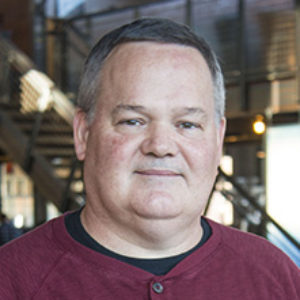 Get to know Bill

As a senior copywriter, Bill has written marketing pieces ranging in length from three words to 30,000. When he’s not writing for a living, you’ll find him writing novels for fun. Get more on novel writing or discuss the beauty of the Oxford comma. Reach out to Bill.

How to stay organized at work

How to take criticism (and learn to like it)